The article tells the history of the formation and the existence of a commemorative medal
to the 10th anniversary of the independence of the Republic of Poland, headed by Juzef Pilsudski.
The introduction of such a jubilee medal, as well as some others: for example, a commemorative
medal "For the War of 1918-1921", a medal to May 3, issued in 1925, the "Cross of Merits" in
1923, a medal “For the salvation of the dead” in 1928, the "Cross of the Courage", and many
others – have been held for propaganda purposes and in order to strengthen patriotism and loyalty
among the population.
The idea of creating a medal for the restoration of independence was born relatively late –
in the summer of 1928. Initially, it was intended to establish a "Medal of the 10th anniversary of
the Polish Army" for the military. Later, on this occasion, a proposal was made to honor all of the
citizens of the Republic who made a concrete contribution to the cause of the revival of the
Motherland. On August 18 in 1928, the decision to create a medal was made by order of Vladislav
Chushkevich, a member of the Bureau of the Office of the Ministry of Military Affairs of Poland.
On September 22, 1928, a government project was presented to create a new distinction titled "The
Medal of the Decade of Restored Independence". On September 27, 1928, the Presidium of the
Council of Ministers approved the final text of the resolution on the publication of a new civil
registration. It was a commemorative medal of the Decade of Restored Independence.
It was a round-shaped medal with a diameter of 35 mm with the image of the head of
Marshal Józef Pilsudski on the front side and an allegory of field worker – a popular symbol in the
form of a plowman. On the reverse side: "1918-1928". The images depicted in the medals were
quite symbolic. On the one hand, we have the founder of Poland's independence, Josef Pillsudsky,
and on the other hand, the plowman, a symbol widely understood by everyone as an allegory of
labor for the independence of the country. The medal was minted in Warsaw. Among the first
recipients in the Polish Army were generals: Stanislav Vrublevsky, Stanislav Tachak, Daniel
Konarzhevsky, General Ludwik Danecz and Stanislav Gall – Bishop of the Polish Army. The
medal was also awarded to 400 priests who served as military chaplains or "for participation in
spiritual or sanitary purposes."
The "Decade of Restored Independence" medal practically ceased to be broadcast in
institutions and departments reporting to the Ministry in the mid-1930s. Further awards were
sporadic.
It is difficult to determine the final number of people who were awarded the "Medal of the
Decade of Independence". No aggregate list or list of award winners was saved. In the Small
Statistical Yearbook we find only information on the award of the medal: in Warsaw – 4 600
medals, in Lviv – 4 600, in Poznan – 1300. However, the truth, the latter did not include
posthumous rewards. On the basis of calculations, the number of medals awarded by the "Revived
Український нумізматичний щорічник. Вип. 1.
175
Decade of Independence" is estimated at about 40,000 people. It can also be assumed that this
number could be hypothetically increased by approximately 60,000 civilian workers.
The beginning of the WWII and the joint aggression of the Nazy Germany and Soviet
Russia against Poland in September 1939 stopped the existence and issuance of the medal. The
Polish authorities in exile did not extend these award. The medal, introduced as "sanation", and in
addition to the image of Marshal Jozef Plesudski, father of Polish independence, was unacceptable
to the new government of the Second Republic of Poland. This medal was also not included in the
new emigration system and the system of differences of the Second World War.

9. Sejda, K. (1932) Ordery, odznaczenia i medale Rzeczypospolitej Polskiej [Orders, decorations and medals of the Republic of Poland]. Warszawa [in Polish] 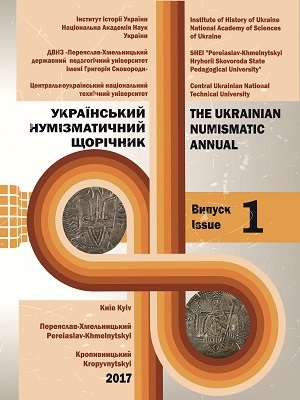