TWO ALBUMS FROM THE FIRST WORLD WAR - CZECHOSLOVAKIA AND POLAND

The aim of the study of the article is to introduce into the scientific circulation of two albums of the First World War, which are valuable sources in the study of the history of the monetary systems of Poland and Czechoslovakia. The scientific novelty is that such sources of study of the money circulation history are published for the first time with an extended analysis of their content, relying on archival and bonistic sources.
The First World War brought independence to the before enslaved nations. The collapse of the Austro-Hungarian Empire led to the formation of Czechoslovakia and the restoration of Poland’s independence after 123 years of its partition. The main attribute of an independent state is its own monetary system, which revival began in the newly independent states. Evidence of the turbulent events of the war and the peculiarities of updating the monetary system in different regions serve a variety of sources. Such sources are two albums, the materials of which reflect a slice of monetary circulation in Poland and Czechoslovakia at the end of the war. An album with Polish banknotes shows samples of the currency substitutes and occupation money in Poland from 1914 to 1918. The Czechoslovakian money album is an official document for use by the Ministry of Finance. The basis of the both albums are the real money that went out of the circulation. At the beginning of the Czechoslovakia’s album are included money of the Austria-Hungary, which were legal until 1918. The album consists of stitched pages, each with a banknote and comments on them. The album was prepared and handed over to Czechoslovakian Minister of Finance Kunó Zontag, appointed to the post on January 25, 1925, to commemorate independence. The album also contains a 200 crown note made with the consent of the leadership of the Austro-Hungarian Bank, as well as 25 crowns of the Bolshevik issue. The album also features rare types of banknotes, test samples and old Austro-Hungarian banknotes with pasted stamps, including counterfeit ones.
The Polish album was produced in Warsaw in 1918 and has some differences. The album begins with the occupation issues of the German occupation. Some of the money depicted in the album were created from reproduction, including images of a 3 kopeck coin of 1916 issued by the Bank of East Germany for Lithuania. The notes on the rarity of the subjects of the Bonistics, indicated in the album, testify to the collectivity. Another difference of the album is the presence in it of the local money settlements in Poland – Lodz, Czestochowa, Sosnowiec and Kolo, as well as monetary surrogates and substitutes. Also included in the album are the notes of Kronstadt, Kotlin Island and Mitava. Among the banknotes of the newly formed in the Kingdom of the Polish Societies, the rare note of 50 kopeck of the Ciechokinek Society of Friends attracts an attention.
Not only states, cities and private entrepreneurs have emitted their own money and surrogates. The album presents the municipality’s money, such as the Dobrova Hornitsa commune’s money. Rare specimens of magistrates’ editions are vouchers of the denominations of 10 and 40 grosz of the town of Kolo, the inscriptions of which are given in Polish, dated January 1, 1917. The volume of the issue, according to the information given on the notes, was insignificant, totaling at 972 rubles the total amount of two issues.
As an additional part, the album features witnesses to the World War I commodity and product deficits – bread cards, dated October 8, 1915. Cards for receiving poppy for Easter and for achieving 1/44 pound of bread are presented. Also included the postage stamps, the album has 6 grosz available in 1915 by the Warsaw Post Office. Complements the collection of the Kingdom of Poland Lottery Ticket in the album.
The album became a memoir of interest for the history of money circulation, and was therefore reproduced by L. Bruce’s publishing house in Warsaw. Printed albums were in high demand, so his second revised edition was developed and released with vouchers and notes from Libava and Wroclaw has been added. It is also interesting that the album’s publisher was the same «War Memorial» publishing company that made popular market price badges to combat speculators and price rises. The album cover was also decorated with an evacuation receipt issued to state officials at the time of exiting the Russian occupation zone.
Conclusions. The albums are the unique reminder of the money and life span of the First World War. Displays both the most popular as well as rare and trial samples of government, city, municipal and private notes. In addition to banknotes and surrogates and cash substitutes, the album features lotteries, postage stamps, checks and receipts, various testimonials, and campaign materials united to commemorate the Great War. Also presented albums are testimonials to the rebirth of Poland and Czechoslovakia, and are a valuable source for studying the history of monetary circulation and state-building processes of the XX century. 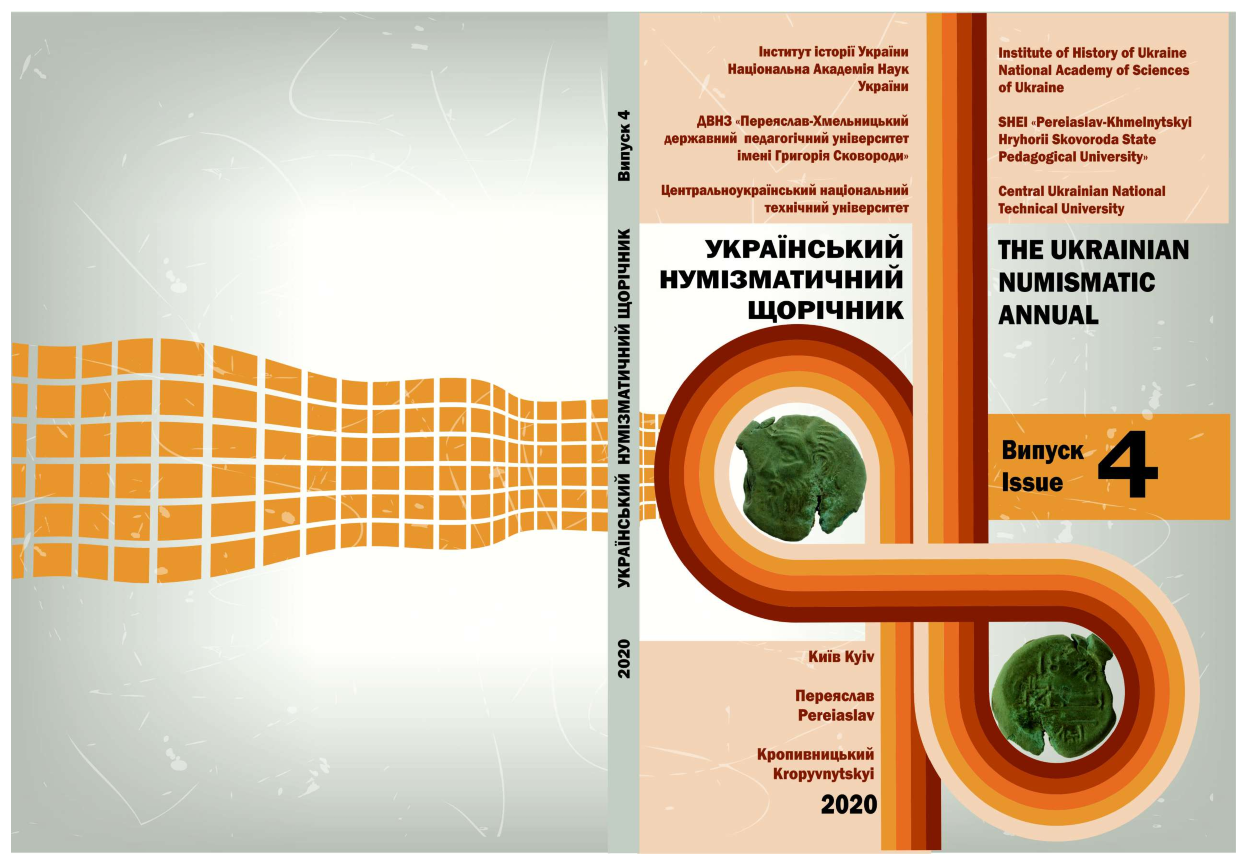